Probably one of the most frequently asked questions about dog’s vision, is whether dogs see colours.
The eye’s retina contains specialised cells, the photoreceptors, which convert light – that bounces off objects – into signals that the brain processes into visual information.
Each cone is endowed with the ability to distinguish around 100 shades, so the total number of combinations is at least 1 million.
Remove one cone and you end up being a trichromat instead of a dichromat (from the Greek “dio” = two and “chroma” =colour) and the number of possible combinations drops a factor of 100, to 10,000.
Almost all other mammals, including dogs and New World monkeys, are dichromats.

The richness of our world’s colours is challenged only by this of birds and some insects, which also perceive the ultraviolet part of the spectrum.

The dichromatic mammals have only two cone types – blue and green sensitive.
These two types of photoreceptors are rods and cones.
The eyes of both people and dogs, contain the photoreceptors called cones, that respond to colour.
The fact that dogs have basically rods receptors, suggests that their colour vision won’t be as rich or intense as ours but much better in low-light conditions.
The rods photoreceptors, are responsible for better vision in dim light, also known as “scotopic vision” (from the Greek word “skotos”= dark and “opia”= sight) but they do not support colour analysis.

Consequently, in low light they are capable to distinct moving objects better than static ones.
Behind their retina is located a membranous layer, the “tapetum lucidum” (from the Latin “tapetum”=tapestry and “lucidum”=light), very common to most nocturnal species, thereby enhancing visual sensitivity during night.
The enhanced perception of movement – a vestige of their past – is considered the predator influence, along with the fact that the ancestors of today’s dogs, were most active during dawn, daylight and dusk, same as the modern wolves.
However, in order to see colour is not just having cones, but having minimum 3 types of cones. There is a research concerning people with 4 cones – tetrachromats.
We humans have 3 different kinds of cones and the combined activity of them, gives us the full range of colour vision.

The most common type of human colour-blindness is due to the lack of one of these 3 types of cones. With only 2 cones, any individual can still see colours, but fewer than with a normal colour vision. Due to the fact that dogs lack the third cone, the colour range to them is restricted to grey, yellow and blue.
Unfortunately for them, there is no “chromatic” information about green or red.

As green and red it is not present or distinguished, it will be analysed to something between the range of yellow and grey-yellowish, whilst red will be grey or dark yellow-brown.

Jay Neitz at the University of California, Santa Barbara, tested the colour vision of dogs.
For many test trials, dogs were shown three light panels in a row – two of the panels were the same colour, while the third was different. The dogs’ task was to find the one that was different and to press that panel.

Neitz confirmed that dogs actually do see colour, but fewer than normal humans do.
Instead of seeing the rainbow as violet, blue, blue-green, green, yellow, orange and red, dogs would see it as dark blue, light blue, grey, light yellow, darker yellow (sort of brown), and very dark grey.

Is amusingly odd the fact that most popular colours for dog toys are red, green, yellow or orange.
All these nuances of red and the green colour, produce a dull, yellow-grey result, that will be concealed by the green grass.
Keep in mind that grass also renders to grey, in our dog’s spectrum.

RED is almost impossible for dogs to see, it may appear as a very dark-brownish-grey or perhaps even as black.

In other words, what you consider colourful and prominent to your eye, it may not necessarily be obvious for your dog to see.

For instance, imagine you stand in a green field and you throw a red, green or yellow ball, to your dog to fetch it.
To begin with, the green field, in your dog’s eyes, is yellow-grey.
You throw an object that to your dog’s eyes is already grey or yellowish-grey.
This is a no-win scenario for our quadrupedal friends, but they do win after all, thanks to their nose abilities and not their vision.
Dogs do not really see where the red, green or yellow ball is, once landed, they usually follow its throw trajectory and they finally sniff it out.

Given the circumstance, i suppose we rather opt for a blue toy, which will always stand-out to our dog’s eyes and on every surface.

You can see what the spectrum looks like to people and dogs below. 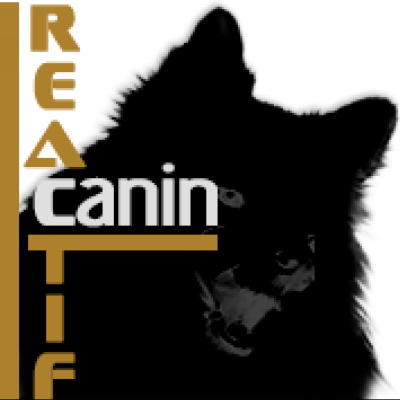